Musings from a middle school reading specialist. I encourage my students to read, talk, write, and have fun!
I parent two amazing young-adult daughters with my husband of 30+ years.


I've always been a fan of music.  My parents graduated high school in the late 60's and were just 20 when I was born.  Dad started a garage band with his brother and other friends in his teenage years.  He had the latest hi-fi equipment, including 8-tracks and cassettes.  Our record collection wasn't huge, but had variety.
I grew up listening to songs by the Beatles, the Beach Boys, Neil Diamond, and Elton John.  On sunny summer Saturdays, we would take Dad's '67 Ford Mustang convertible to the store.  Mom would go into the store while my brother and I stayed with Dad in the car.  He would put the top down and let us sit on the boot, tunes blaring from the car stereo,
Lyrics were easy for me to pick up, especially in the 70s and 80s.  I learned to howl along to "I Will Survive" by Gloria Gaynor as I roller skated up and down the sidewalk alongside my best friend.  My brother and I checked out Billy Joel's Glass Houses album from the public library so we could learn every line.  At that same time, my mom started buying Barry Manilow's albums.  She threatened to hide the record featuring "Copacabana" because we played it ad naseum.
My taste in music were definitely influenced by my parents.  High school was a different story.  My best friend connected me to English punk (Adam Ant) and pop (Duran Duran).  The guy I seriously crushed on was into heavy metal (Iron Maiden, Metallica).  I was also working on building my classical knowledge as I played violin in the high school orchestra and a local youth orchestra.
Music feeds my brain and my well-being.  Listening to old favorites transports me back in time.  Maybe I need to build a childhood playlist and search out some of my favorite songs!
Posted by Chris

Email ThisBlogThis!Share to TwitterShare to FacebookShare to Pinterest
Labels: music 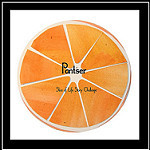